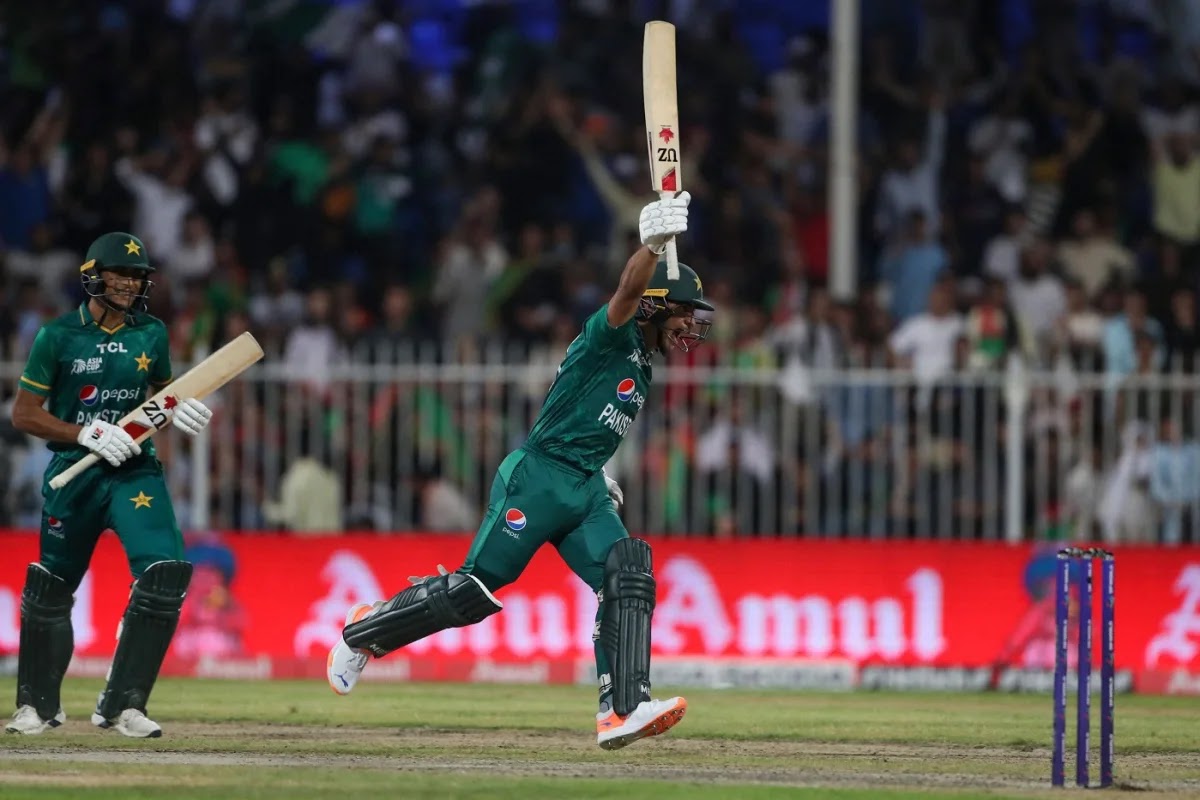 G Voice24 Desk: Tailender Naseem Shah hit two last-over sixes as Pakistan pulled off a thrilling one-wicket win over Afghanistan on Wednesday to set up an Asia Cup final against Sri Lanka, knocking out rivals India in the process.
Chasing 130 for victory, Pakistan were in deep trouble at 118-9 when number 10 Naseem muscled two hits over the fence off Fazalhaq Farooqi to win with four balls to spare in Sharjah and end India and Afghanistan's hopes of making the final.
The Afghans appeared set for victory when Farooqi, who had figures of 3-19 from his first three overs, saw two full tosses at the start of the final over dispatched over long-off.
Tempers flew when Fareed Ahmad struck twice in the 19th over, including dismissing the big-hitting Asif Ali who then angrily waved his bat at the bowler as the umpire cooled him down.
In a game dominated by bowlers, Pakistan fast bowler Haris Rauf led an inspired attack that limited Afghanistan to 129-6 after Pakistan elected to field first.
Farooqi trapped skipper Babar Azam lbw for a first-ball duck to give Afghanistan immediate hope of defending the low total.
Babar has suffered a dip in form, with scores of 10, nine and 14 in the previous three matches.
Pakistan suffered another blow when Fakhar Zaman was run out to leave the team 18-2.
Mohammad Rizwan, the tournament's leading run-scorer and who replaced his captain as the world's number one T20I batsman on Wednesday, attempted to rebuild the innings with Iftikhar Ahmed.
Leg-spinner Rashid Khan broke through by trapping Rizwan lbw for 20 and the batsman trudged back to the pavilion after an unsuccessful review.
Vice-captain Shadab was sent in ahead of Khushdil Shah and he delivered by taking on Nabi's off-spin with a six and four to ease the pressure.
A struggling Shadab, with likely cramps, fell to Rashid for 35.
But number 10 Naseem had the last laugh at a venue where former Pakistan batsman Javed Miandad once hit a last-ball six against India in the 1986 Austral-Asia Cup final.
India play Afghanistan in Dubai on Thursday in a dead-rubber, with Pakistan facing Sri Lanka on Friday in a preview of Sunday's final.