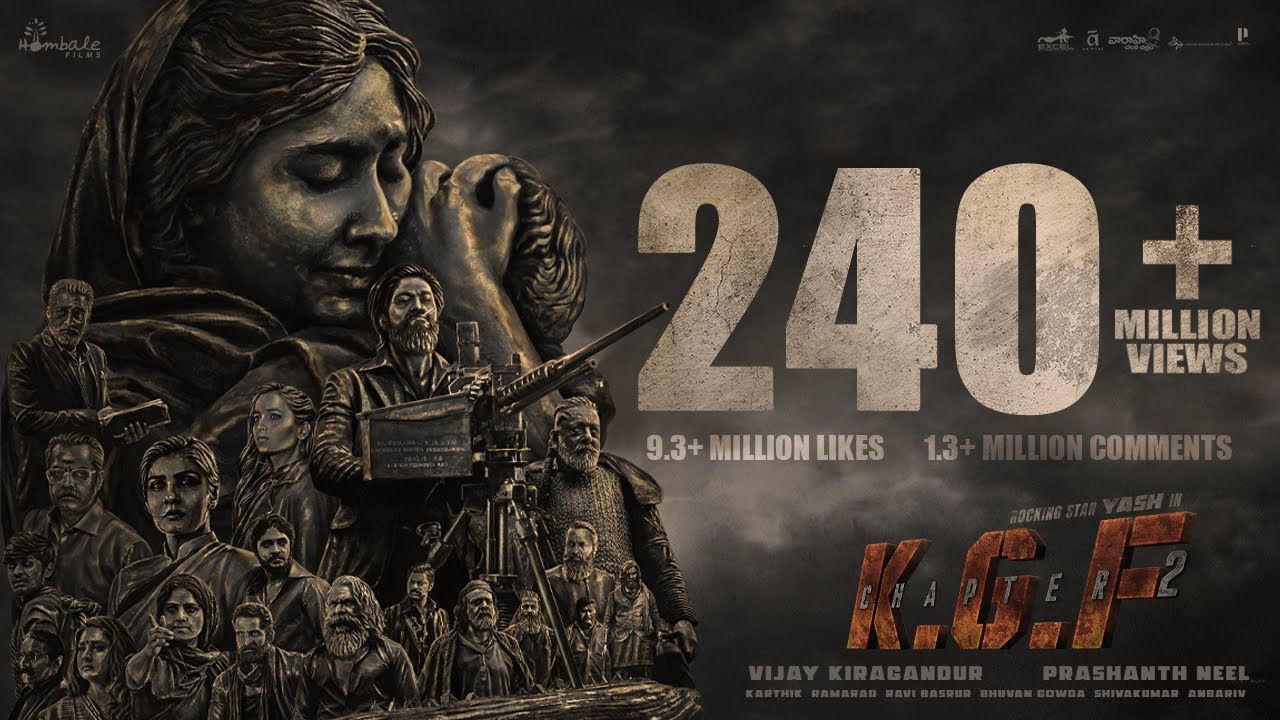 The trailer of the awaited movie 'KGF Chapter 2' has finally been released. Along with Yash, Sanjay Dutt and Robina Tandon are in the movie.
The trailer was released in Tamil and Kannada on Sunday (March 26).
According to Indian media sources, the trailer of 'KGF Chapter 2' will be released in Telugu soon.
Earlier, 'KGF Chapter 1' was released on December 21, 2016. The movie, which was made at a cost of eighty crore rupees, had a business of two and a half crore rupees that year. This time 'KGF Chapter 2' is coming.
The first episode of this action-packed movie took place in the minds of the viewers. So the tension with 'KGF Chapter 2' has been going on for a long time. 'KGF Chapter 1' shows the rise of Yash's character Rocky. From then on, the story of Chapter 2 started. The trailer begins with an old story. The character of Robina Tandon as the Prime Minister of the country is shown. Then Sanjay Dutt is seen as Adhira. At the end came the hero Yash. Fighting and violence seem to have reached new heights.
In the new film, Rocky has been portrayed as the savior of KGF i.e. Kolar Gold Field. After killing Garuda, he became the hero of Kolar Gold Field. This time Adhira is facing Rocky. This again has the political influence of Rashmika Sen (Robina Tandon).
In 2014, director Prashant Neel started writing the screenplay for KGF. However, the story became so big that he decided to make the film in two parts.