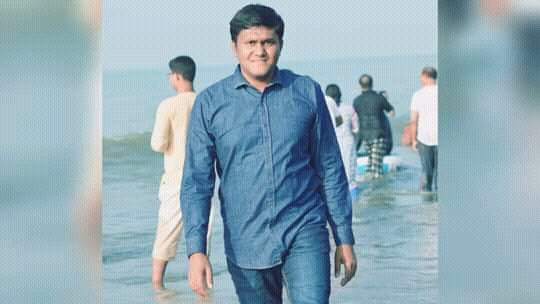 Meet Md Abdullah, an Independent Music Artist, Freelancer, Youtuber, Music Composer, Digital Marketer, Record Producer And Lyricist, was born on March 08, 1995 in Chittagong, Bangladesh.
He expands his career with an upcoming career in music from the film to the stage and also known as a Youtuber. He was introduced to the music industry by releasing some extra-ordinary musics on major international streaming platforms such as Spotify, Amazon Music, Apple Music, Deezer, Musizmatch, Shazam, JioSaavn, and many others. The style of Md Abdullah, mixes decades to build his experimental pop-rock path. He’s working on his new tune that infuses his guitar, keyboard, and bass sounds.
Md Abdullah is aiming high as a musician. He wants to make his distinct place in the Bengali music industry and also wants to work as a music director in the Bangladeshi film industry, but most importantly he wants to make a positive impact on people’s lives through his music. To sum up, from an early age, Md Abdullah was very interested in musics & now working on this profession, along with he has invested lots of money on digital marketing system in Bangladesh, that can be very effective to enrich the global position among other countries around the world.
Md Abdullah is also known as entrepreneur, as he is the Founder and CEO of ‘Make A Wish’, the firm that he founded in 2017 with a vision to provide a platform to the talented musicians who struggle to get the platform to release their music. He says, “There is immense talent around. Young folks find it difficult to get the platform to release their music because big platforms avoid relying on new artists. I want to help them by giving a decent and honest platform where talent and music are the only criteria.”