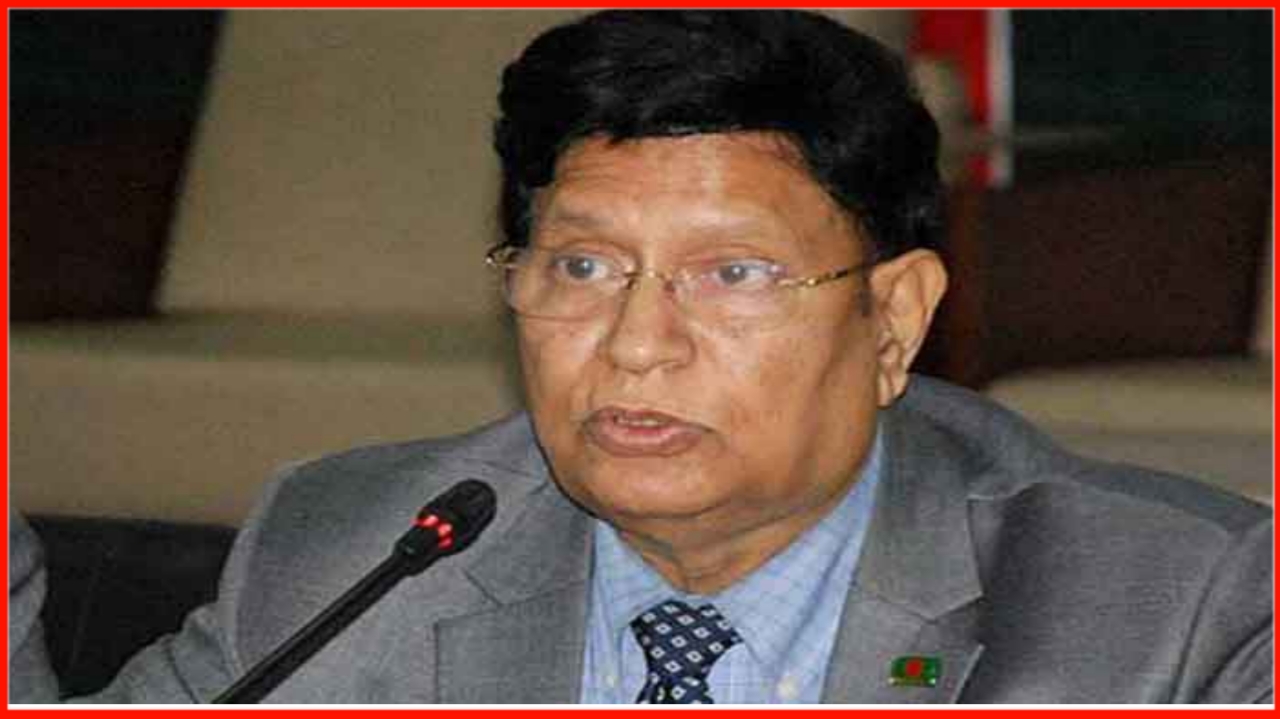 G-voice Desk: Human traffickers equipped with modern technology can cause more harm, but government bodies and other stakeholders can successfully combat them with the help of advanced technology, says Foreign Minister AK Abdul Momen.
"We need to keep in mind that human trafficking is a transboundary crime, and the traffickers may possess better technology than it is available in a particular country,” he said at the National Consultation on ‘Combating Human Trafficking in the Context of Use of Technology and its Abuse’ on Saturday.
“We affirm our strong commitment to obligations under a series of other international and regional instruments linked to human trafficking.”
He emphasised the "zero-tolerance" policy of the Bangladeshi government against human trafficking and stressed the need for law enforcement agencies to have the most up-to-date technologies available.
Home Minister Asaduzzaman Khan attended the event as the chief guest and reiterated the zero-tolerance policy on human trafficking.
“Trafficking in persons is a serious human rights violation and we are actively taking steps to fight this horrific crime. The fight against trafficking requires multi-stakeholder engagement.”
“We will continue to work tirelessly to increase awareness around human trafficking utilising the digital space,” he added.
“Use and Abuse of Technology" is the subject of the 2022 World Day Against Trafficking in Persons, which emphasises the role of technology as a tool that may both enable and combat human trafficking.
To commemorate the day, the Ministry of Home Affairs and the Counter Trafficking in Persons Technical Working Group of the Bangladesh UN Network on Migration organised the event.
The COVID-19 pandemic and its aftermath, as well as human trafficking in online, were discussed during the consultation.
According to statements made at the event, the global economic crisis has caused job losses and made it harder for people to support their families, which has increased the risk of trafficking.
Bangladesh has seen an increase in digital abuse and exploitation in addition to root causes of human trafficking reportedly growing, with traffickers quickly adapting to the new environment, speakers said.
Md Akhter Hossain, senior secretary of the Public Security Division at the Ministry of Home Affairs, said: "Victims of trafficking experience physical and mental violence, harassment, forced labour, forced and illegitimate marriages, death, and are often used by trafficking rings. The government has taken strong steps to combat human trafficking at all levels.”
Dr Ahmed Munirus Saleheen, secretary of the Ministry of Expatriates’ Welfare and Overseas Employment, noted: “The government of Bangladesh has sufficient laws and policies to combat human trafficking. In addition, the Global Compact on Migration commits to eradicating trafficking in persons. We now need to ensure comprehensive efforts at national, regional, and global levels to implement these laws effectively and end this heinous crime.”
Gwyn Lewis, the UN resident coordinator in Bangladesh, said: “Technology also presents a lot of potential as a tool to combat trafficking. The ability of law enforcement and the criminal justice system to use technology in their responses to trafficking will be crucial to the future success of efforts to eradicate human trafficking.”
Abdusattor Esoev, the chief of the IOM Mission and coordinator of the Bangladesh UN Network on Migration, said: “Prevention and awareness-raising activities on the safe use of the internet and social media can help mitigate the online risk of trafficking. Cooperation with the private sector is important to harness their innovation and expertise in developing sustainable technology-based solutions to support prevention and combatting of human trafficking.”
Of the almost one million Bangladeshis migrating abroad every year, many vulnerable migrants are targeted by traffickers, and some are subject to debt bondage, forced labour, sexual exploitation, forced marriages and other forms of modern slavery.