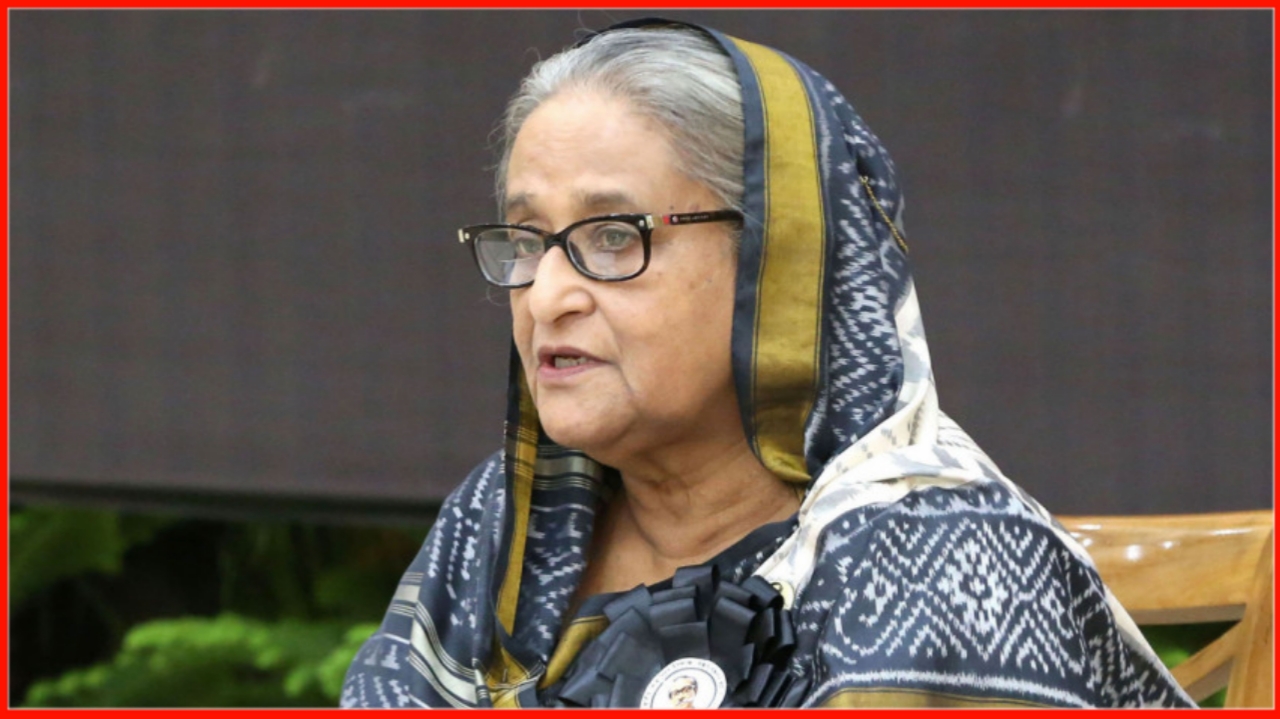 Gvoice Desk: Prime Minister Sheikh Hasina today (August 1, 2022) criticised BNP leaders for their protests against the government's initiative to "save power and energy to protect Bangladesh from future risks".
"BNP leaders are holding demonstrations with hurricane lamps," she observed.
For all latest news, follow The Daily Star's Google News channel.
"Let's give them hurricane lamps to carry…" she used a Bangla idiom and added, "Awami League will keep the nation secure."
The prime minister was addressing a blood donation programme as the chief guest marking the first day of the month of mourning, joining virtually from her official Gono Bhaban residence.
Bangladesh Krishak League organised the function on the premises of Father of the Nation Bangabandhu Sheikh Mujibur Rahman Memorial Museum at Dhanmondi 32 in the capital.
The prime minister said her government has provided electricity to every household across the country and is now taking precautionary measures to save power and energy.
"We're taking measures for saving power and energy to protect Bangladesh from any danger in the future, as even developed countries like the US and UK and neighbouring India are facing difficulties and focusing on saving energy due to the global situation caused by Russia-Ukraine war," she added.
Referring to "wholesale looting" in the power sector during the BNP government, she said her government is taking measures to save energy and not for looting as done during BNP's tenure.
The premier said power generation would have been reduced if her government was involved in looting: "Awami League has maximised the power generation capacity to 24,000 MW."
Power generation reduced to 3000 MW from 43000 MW during the tenure of the BNP government as they were engaged in massive corruption, she said.
Awami League Presidium members Matia Chowdhury and Agriculture Minister Dr Muhammad Abdur Razzaque, Joint General Secretary levels.”
Dr Ahmed Munirus Saleheen, secretary of the Ministry of Expatriates’ Welfare and Overseas Employment, noted: “The government of Bangladesh has sufficient laws and policies to combat human trafficking. In addition, the Global Compact on Migration commits to eradicating trafficking in persons. We now need to ensure comprehensive efforts at national, regional, and global levels to implement these laws effectively and end this heinous crime.”
Gwyn Lewis, the UN resident coordinator in Bangladesh, said: “Technology also presents a lot of potential as a tool to combat trafficking. The ability of law enforcement and the criminal justice system to use technology in their responses to trafficking will be crucial to the future success of efforts to eradicate human trafficking.”
Abdusattor Esoev, the chief of the IOM Mission and coordinator of the Bangladesh UN Network on Migration, said: “Prevention and awareness-raising activities on the safe use of the internet and social media can help mitigate the online risk of trafficking. Cooperation with the private sector is important to harness their innovation and expertise in developing sustainable technology-based solutions to support prevention and combatting of human trafficking.”
Of the almost one million Bangladeshis migrating abroad every year, many vulnerable migrants are targeted by traffickers, and some are subject to debt bondage, forced labour, sexual exploitation, forced marriages and other forms of modern slavery.