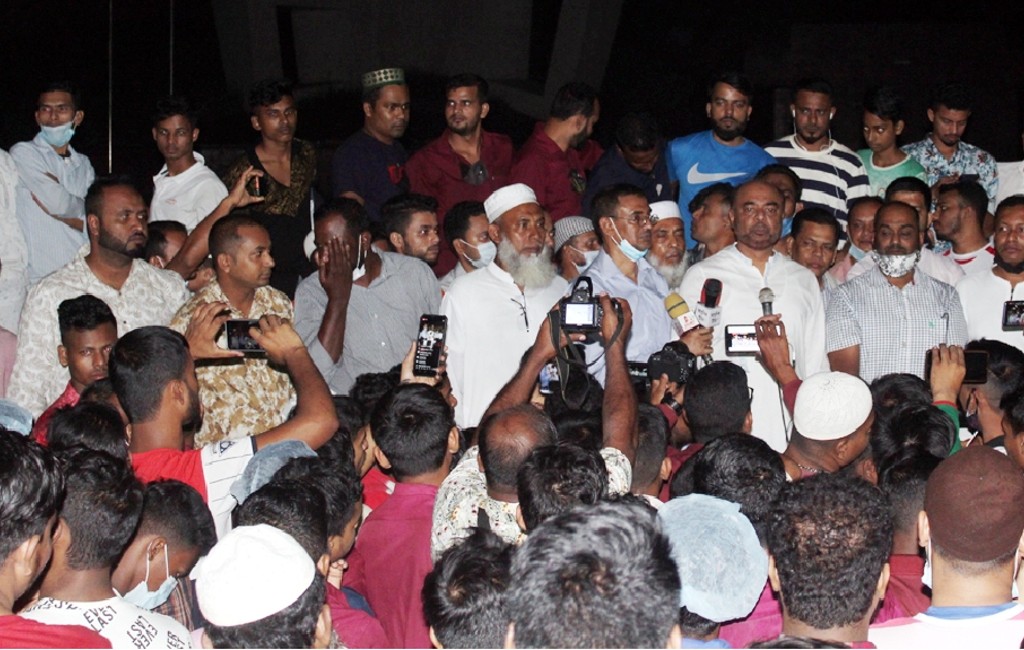 Restaurant owners in Sylhet have called off the indefinite strike triggered by a mobile court drive against three restaurants on Tuesday.

They called off the protests on Wednesday after discussions with local political leaders and the administration, confirmed Sylhet Caterers Owners’ Association President Shanto Deb.

All restaurants have been opened after the decision.

He added that the administration has assured them of meeting their demands, and that the restaurant owners will no longer be harassed.

On Tuesday, a mobile court led by Rapid Action Battalion (RAB) sealed off Bhojon Bilash restaurant and detained its manager and supervisor. The court also fined Pach Bhai and Panshi restaurants Tk80,000 each.

According to Magistrate Palash Kumar Bashu, who led the drive, many irregularities were found in the food quality of the restaurants.

He said that Bhojon Bilash has not renewed their trade license since 2019. They also do not have legal documents to serve food.

He added that, during previous drives, they found three to five days old stale foods in the restaurants but the restaurant authorities did nothing to fix it.

The drive led restaurant workers to immediately take to the streets and block the Zindabazar Road at the city centre for about an hour causing long tailbacks.

They demanded that the drive be halted and the detained workers released immediately.