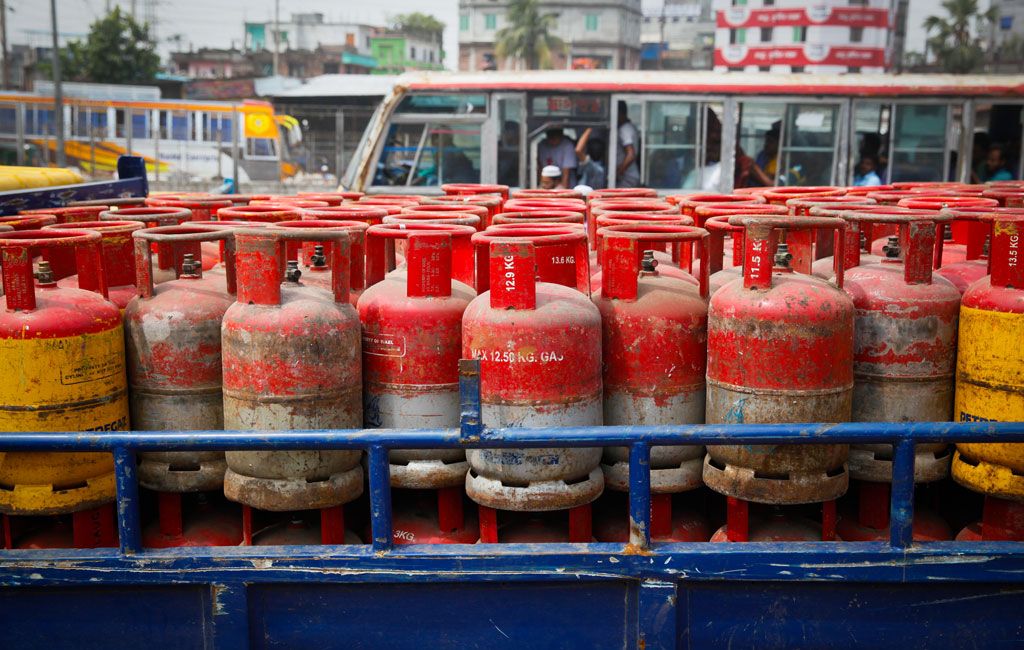 
The price of 12kg LPG cylinder has increased for the second time in a span of less than one month.

Consumers will now have to pay an additional Tk4.5 per kg.

The new prices were announced by Bangladesh Energy Regulatory Commission (BERC) in a press conference on Thursday.

Announcing the new price, BERC Chairman Abdul Jalil said the regulator has to raise the price as the bulk LPG of the Saudi contract price (CP) has gone up globally., reports UNB.

“Saudi CP price has gone up to $850 from the previous price of $550 per metric ton. Bangladesh’s private LPG operators buy the bulk LPG on the Basra from Saudi CP,” he told reporters at the virtual briefing.

LPG industry insiders said the Saudi CP is normally announced at the end of every month to make it effective for the next month and it takes 7-10 days for a shipment of the fuel to arrive in the country.

Most Bangladeshi private companies import their bulk LPG from the Middle East on the basis of Saudi CP and market it locally.

The BERC for the first time fixed the retail-level LPG price on April 12 after holding a public hearing to comply with a High Court order.

The price of LPG has been increasing for a consecutive five months.

Currently, Bangladesh consumes around 11 lakh tons of LPG per year.

On the other hand, the prices of Diesel and Kerosene increased by Tk15 per litre from Tk65 to Tk80.

The price of private operators’ liquified petroleum gas (LPG) has been raised to Tk 1,313 per 12-kg container from Tk 1259 with effect from Thursday (Nov 4) at the retail level.