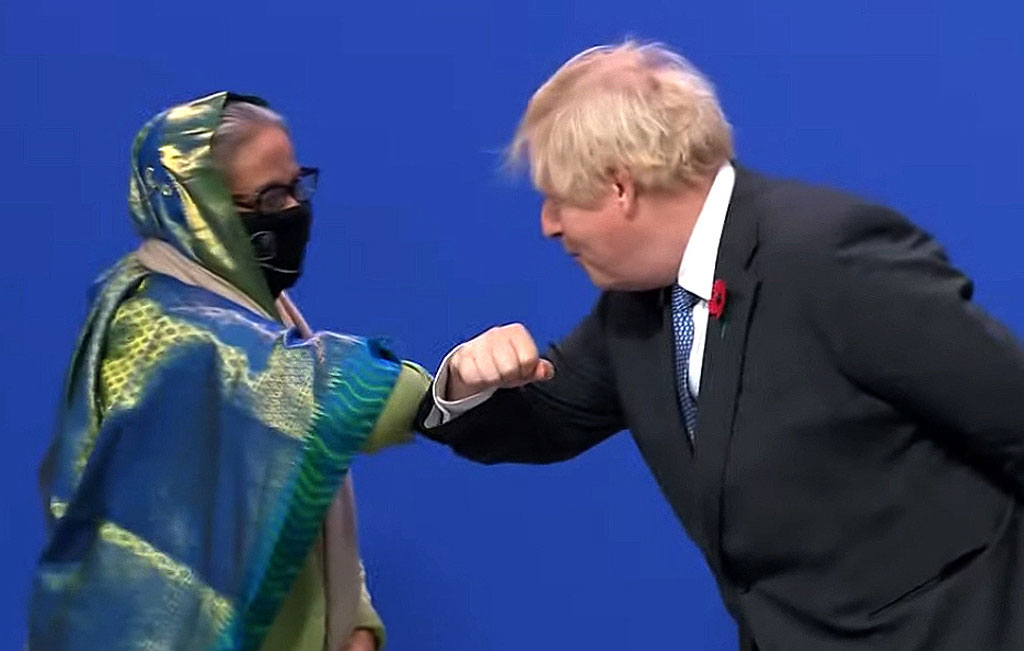 At 50, Bangladesh is still an unfolding story, the premier tells UK Parliament

“Indeed, it is time for a reset in Bangladesh-UK bilateral relations. We need to change the traditional lens we use to view our partnership,” she said.

The prime minister made the remarks while addressing the British Parliament on the 50th anniversary of Bangladesh’s independence, at a program titled “Bangladesh at 50: The Resilient Delta”, on Wednesday.

She said the engagements of the two countries should now be truly strategic, and draw on their cooperation in peacekeeping, counter-terrorism, maritime and aviation security.

The vibrant British-Bangladeshi diaspora must remain at the centre of partnership of the two countries, she added.

“We take pride in our diaspora.  I am pleased to see their growing representation at Westminster — all five of them women at the moment! I am confident that there will be more of them in this great parliament of diversity,” she hoped.

Sheikh Hasina said the UK's role in finding a solution to the Rohingya crisis remains critical. Since August 2017, Bangladesh has given stability to the region by containing the crisis, she said.

“But the security challenges in Cox’s Bazar are getting more and more acute. These challenges can soon spread to the region and beyond,” she said.

The international community has a responsibility to make sure that the Rohingya can soon go back to Myanmar in safety and dignity, she said, adding: “Keeping the crisis alive can only be a zero-sum game for all concerned.”

The prime minister said Bangladesh, now at 50 years, is a land of opportunities and promise. It draws strength from its resilient past. It stands ready to seize opportunities in the present. It looks to the future with a mission and a vision.

She also described Bangladesh’s extraordinary achievements and developments in various sectors, including the economy, infrastructural development, power and energy, and digitalization.

She said the government has reduced poverty from 31.5% to 20.5% during the last decade while life expectancy has reached 73 years.

The per capita income has increased threefold from 2008 to $2,227 this year while the foreign currency reserve jumped sevenfold to $48 billion in 2021. “Our pledge to build a Digital Bangladesh has been a game-changer. Our government provided the backbone and our people carried it forward,” she said.

The prime minister said nearly 1 million people have been given decent houses during the last decade as the government is committed to leaving no one homeless.

“Our pandemic management again tested our resilience,” Sheikh Hasina said, adding that the government put in place a smart fiscal and social safety package. It helped the country grow by 5.24% in 2020, the highest in Asia.

“We had one of the lowest Covid-19 death rates in South Asia. We are ready to do our part to ensure global vaccine equity,” she said.

Sheikh Hasina said the government is moving ahead with its mega-infrastructure projects – many of them with its own finances. The Padma Bridge will be one of the longest in the world. “We are working on harnessing the Bay of Bengal resources. We have stepped into outer space with the Bangabandhu-1 satellite,” she said.

Mentioning that Bangladesh ranks top among those on track to achieve the Sustainable Development Goals, she said: “We remain committed that no one is left behind. We must join hands to ‘build back better, stronger and greener’ to offset the pandemic’s impacts.”

Talking about climate change, she said Bangladesh is one of the most climate vulnerable countries. “We are, however, recognized as a role model in disaster management. We are also a global leader in climate adaptation. We are now working on climate resilience. We recently terminated our plans for ten coal-based power plants.”

The prime minister said Bangladesh Delta Plan 2100 is a blueprint for building a resilient and prosperous delta in the long term. “Our government keeps investing in our biggest asset — our human capital. We will have demography on our side for another two decades,” she added.

“A key to Bangladesh’s forward march is unlocking the potential of our women and girls. Women account for 42% of our workforce, with nearly 80% in the apparel sector.”

Noting that women’s participation in education and politics has increased over the years, she said: “I envision a society where there will be no discrimination against girls and women.”

Sheikh Hasina said Bangladesh holds on to its founding principles of democracy and secularism.

She said Bangladesh shares with the UK its abiding commitment to fundamental rights and freedoms.

With Bangabandhu Sheikh Mujibur Rahman’s brutal assassination in August 1975, Bangladesh was led to a different direction. It took more than two decades of political struggle to restore the basis for parliamentary democracy, she said.

“The communal forces that were rehabilitated in politics still continue to disrupt our social fabric. Their toxic narratives now pervade cyberspace. It is an uphill struggle against these forces. But we remain determined and focused,” she said.

“Bangabandhu gave us political freedom. We are on our way to attain economic emancipation,” she added.

Sheikh Hasina said she dedicated her life and politics towards building a peaceful, just, prosperous, secure and inclusive nation which was the dream of Bangabandhu Sheikh Mujibur Rahman through establishing “Sonar Bangla”.

“Bangladesh at 50 is still an unfolding story. The upcoming chapters will be even more exciting. I urge you to stay tuned and join us in the venture.”