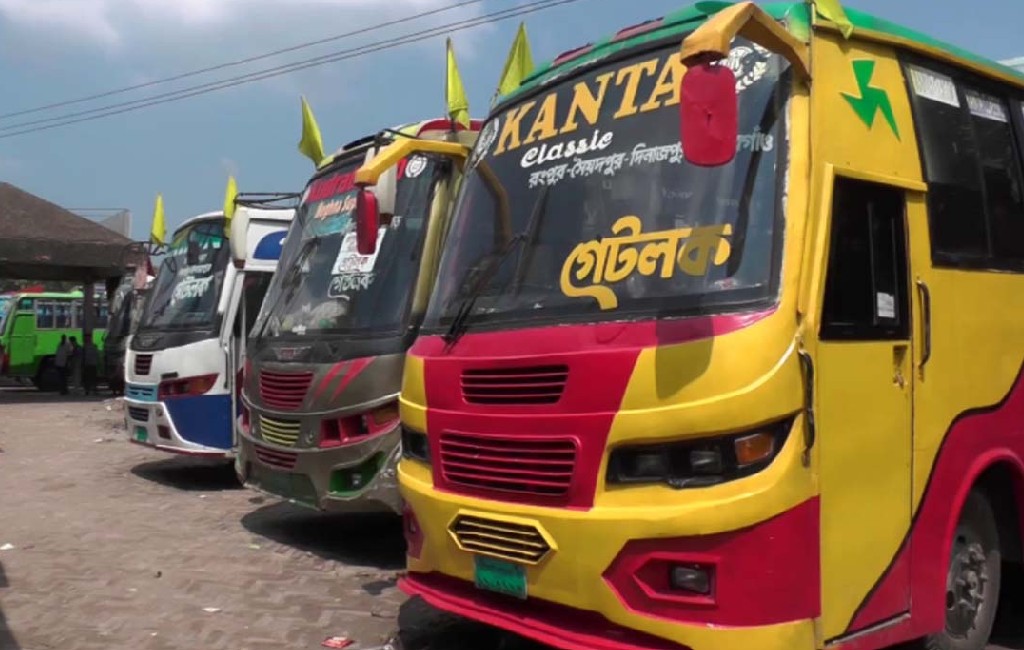 Desk :: No buses, trucks and other cargo vehicles left Rangpur since Friday morning owing to the nationwide strike triggered by hike in fuel prices .

Transports to 34 locations from the northern district of Rangpur have remained suspended since Friday morning as bus and cargo truck owners carry out a nationwide strike fueled by the sudden rise in diesel price.

No buses, trucks and other cargo vehicles left Rangpur and hundreds of passengers were seen waiting for buses at the terminal in Kamar Para.

Salma Begum, who works for an RMG factory in Dhaka, had gone to Rangpur on a three-day holiday.

“I need to get back to work tomorrow [Saturday] but there are no buses,” she complained to our Rangpur correspondent.

Meanwhile, Al Mansur, who wants to sit for a job exam in Dhaka on Saturday, was struggling to find an alternative way to travel.

“We are already sitting around without a job after completing our studies and now the government is forcing this additional burden on us,” he said, adding that the authorities should have considered the lower-middle class before hiking the diesel price as public transport was their main means of commuting.

The government increased the prices of kerosene and diesel by Tk15 per litre prompting transport owners to announce a nationwide strike, pressing home their demands for revised fuel prices.