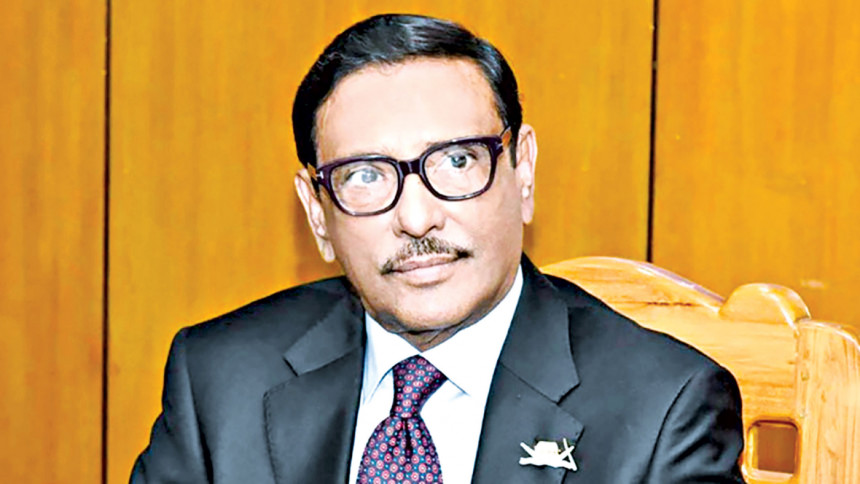 Road Transport and Bridges Minister Obaidul Quader has urged the transport owners and workers to withdraw their nationwide transport strike considering the sufferings of examinees and people.

"A meeting will be held at the Bangladesh Road Transport Authority (BRTA) office on November 7 over the re-fixing of transport fares, said the minister while briefing reporters at his residence this morning.

The countrywide strike began this morning protesting the price hike of diesel and kerosene.

"Efforts will be made to keep the additional pressure on the people at a tolerable level through a realistic price adjustment, in consultation with the concerned stakeholders, said Quader, also the Awami League general secretary.

"The toll rate had to be increased due to the increase in management and maintenance cost," he added.

The minister requested all concerned to accept the increased toll rate at these bridges, which is both realistic and reasonable.