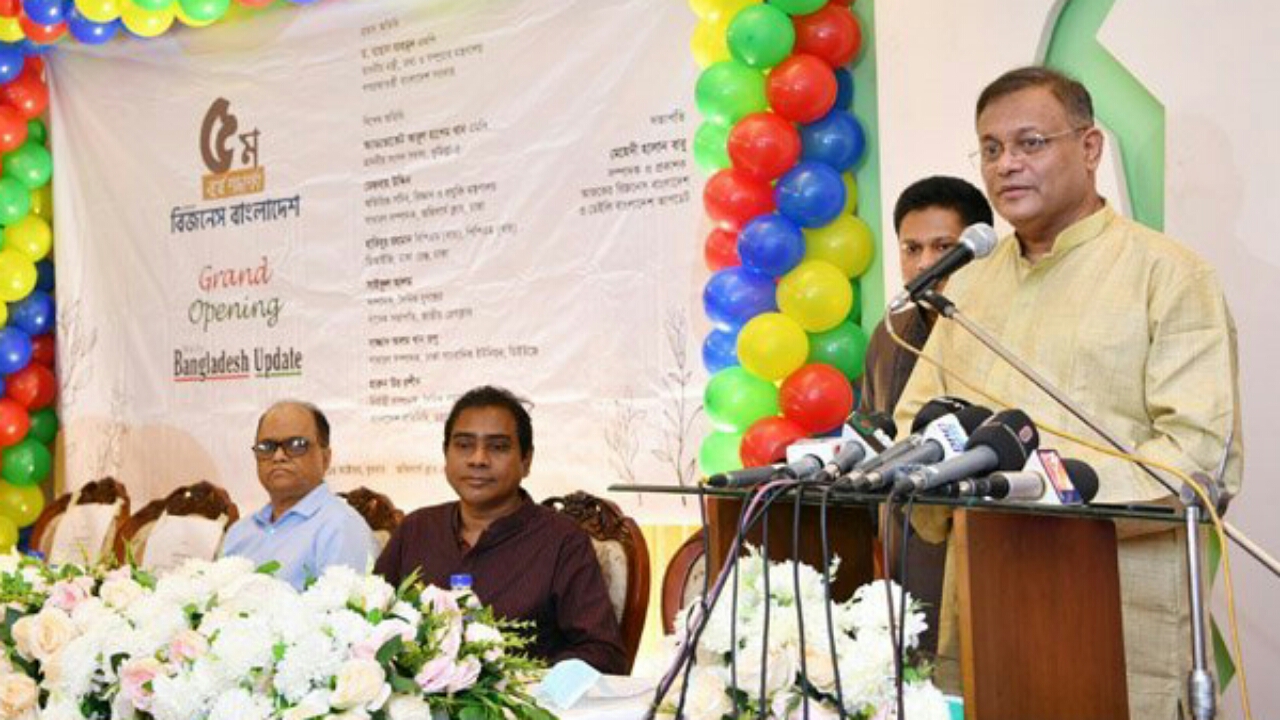 DHAKA, – Information and Broadcasting Minister Dr Hasan Mahmud today said BNP always looks for secret ways, instead of elections, to go to power.
“I would like to ask a question to BNP – what do they mean by the voting environment? Or, do they want the guarantee of victory in advance and is that the voting environment for Mirza Fakhrul Islam Alamgir?” he said while talking to newsmen after addressing a function at Officers Club here.
Earlier, the minister addressed a function on the occasion of the fifth anniversary of ‘Business Bangladesh’ and the first publication of the Daily Bangladesh Update.
Advocate Abul Hashem Khan, MP, the daily Jugantar Editor Saiful Alam, additional secretary and Officers’ Club general secretary Mejbah Uddin, Dhaka Union of Journalists (DUJ) general secretary Sajjad Alam Khan Tapu and the daily Somoyer Alo executive editor Harun Ur Rashid, among others, addressed the function.
Hasan said voting is taking place fairly as fair election environment prevails in Bangladesh. For this, BNP has won in many polls, he added.
He said BNP fears to take part in the local government elections as they have become an isolated party. In fact, those parties boycott the elections which become isolated from people. And it will be a suicidal decision for any political party which does politics for the masses,” said Hasan, also Awami League joint general secretary.
He said the statements of BNP secretary general Mirza Fakhrul Islam Alamgir are nothing new. In fact, they want a system in which BNP would go to power, but the countrymen would never accept this, he added.
The minister said Awami League has been elected through the mandate of common people and the party (AL) will be in power in future if the countrymen vote for the party. There is no other way for Awami League, he added.
Replying to a query over a demand of BNP, Hasan said, “I wish for Begum Khaleda Zia’s early recovery…I would like to ask the BNP leaders – why they have contempt about the medical treatment of Bangladesh and its doctors.”
Earlier in the function, the minister said the number of circulations of newspapers submitted in the DFP is not realistic.
“We will fix a serial in the basis of circulation. I would like to extend my thanks to the newspapers owners, editors, journalists, Jatiya Press Club, Bangladesh Federal Union of Journalists, Dhaka Union of Journalists for standing beside me in bringing discipline in this sector,” he added.