20 Hindu houses on fire in Rangpur 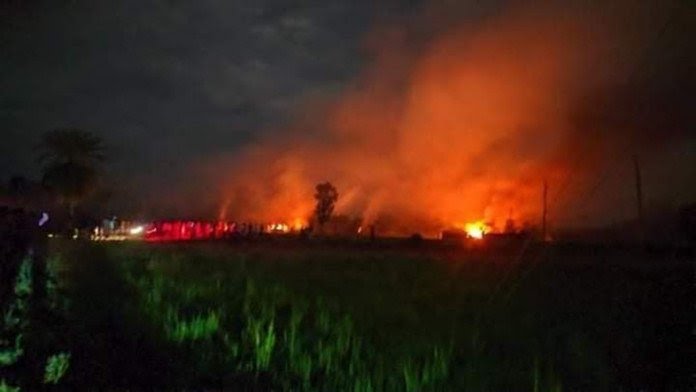 More than 20 houses of Hindus were burned down by a mob in Rangpur following rumour that a youth from the community posted a Facebook status hurting religious sentiment of Muslims.

"Tension erupted there after a Hindu youth allegedly posted an offensive status on Facebook. Police secured his house after the incident. However, the attackers vented their anger on neighbours and burned down 20 houses," Additional Police Superintendent Kamruzzaman told media.

"No one was injured during the attack. The situation is under control now," Md Khazimuddin, sub-inspector and duty officer of Pirganj police station, told The Business Standard.

Deputy commissioner, police superintendent, police and RAB officials were on the spot while filing of this report at 1.30am.