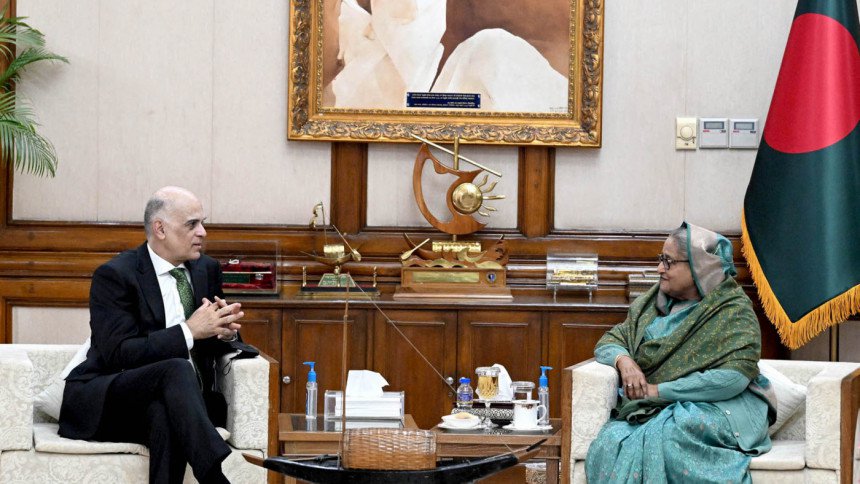 Desk Report : Prime Minister Sheikh Hasina today emphasised the necessity of boosting trade cooperation between Bangladesh and Brazil as there is a huge prospect of expansion of trade and business between the two countries.
She made the remarks when Brazilian Ambassador to Bangladesh Paulo Fernando Dias Feres paid a courtesy call on her at Gono Bhaban.
Prime Minister's speech writer Md Nazrul Islam briefed reporters after the meeting.
Hasina requested the Brazilian government to take steps over the expansion of bilateral trade and business.
She stressed on signing preferential trade agreement (PTA) or free trade agreement (FTA) with Brazil and three other MERCOSUR (Southern common market) countries -- Argentina, Paraguay and Uruguay -- soon.
She also emphasised on enhancing agricultural cooperation between Bangladesh and Brazil.
Regarding pharmaceuticals, a major Bangladeshi export item to Brazilian market, she said the pharmaceutical items are now facing some restrictions over the registration process in the Brazilian market. She asked the Brazilian authority to ease the restrictions.
About the Rohingya issue, Hasina said Bangladesh is providing shelter to more than 11 lakh displaced Rohingya people, which has become a big burden for the country.
She said the displaced Rohingya population continues to go high with the births of 30,000 babies every year.
The premier asked Brazil to play a strong role in the United Nations Security Council over the Rohingya issue.
She congratulated new Brazilian President Luiz Inacio Lula da Silva.
Hasina expressed shock at the death of Brazilian football legend Pelé as well as conveyed sympathy to his family and the people of Brazil.
The Brazilian ambassador said Bangladeshi RMG products have a great demand in Brazilian market. Brazil can be a big market for Bangladeshi RMG products, he added.
He said there is a huge scope to strengthen the bilateral cooperation between the two countries particularly over trade and technology.
Prime Minister's Ambassador-at-Large Mohammad Ziauddin, Principal Secretary M Tofazzel Hossain Miah and Foreign Senior Secretary Masud Bin Momen were present.