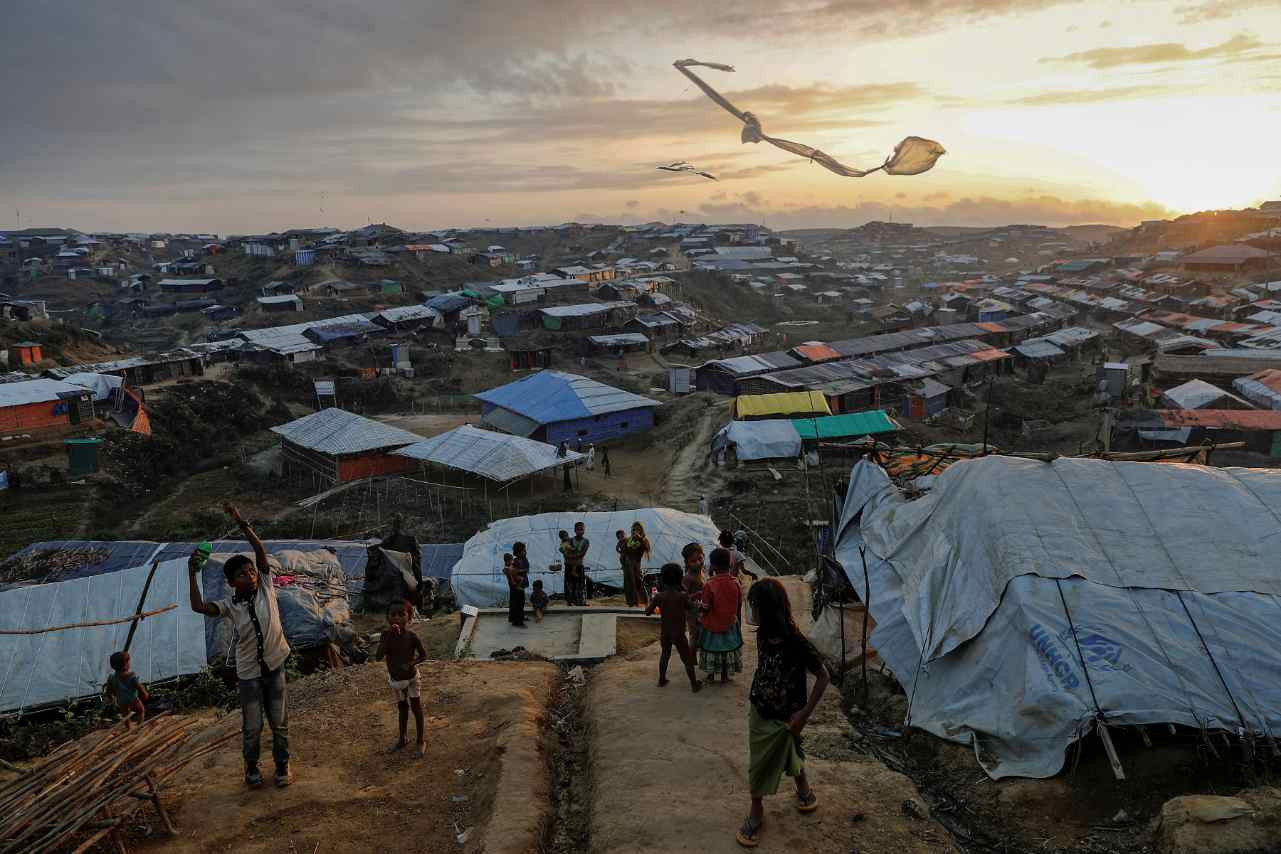 The crime rate has soared in the Rohingya camps in Cox’s Bazar over the past five years when the displaced Myanmar nationals, fled to Bangladesh. So far 115 murders have been reported from the camps.
As darkness falls, the fears of the residents multiply several folds as the drug trade, kidnapping, fights, and rapes are everyday incidents in the camps.
The repatriation of the Rohingyas, who fled a military crackdown on the ethnic minorities in 2017, is in diplomatic limbo.
Even though Myanmar, under international pressure, had agreed to take back the Rohingyas, five years later, the repatriation is yet to begin.
The more the repatriation is delayed, the more the violence in the packed camps increases.
According to the Armed Police Battalion (APBn), in the last four months 12 murders were reported in the camps.
On August 8, Md Ibrahim, 30, was killed at Teknaf’s Noyapara Rohingya camp on August 8. On August 1, another Habib Ulla, 20, was injured after being shot by miscreants. He died while undergoing treatment at the hospital on August 8. Another Rohingya, Nurul Amin, 26, was shot dead on August 1.
On June 22, reported Arsa leader Mohammad Shah was killed. Md Selim, 30, a member of the same group was killed on June 15. The day after Md Salimullah, a Rohingya youth was shot dead by miscreants.
On June 10, camp volunteer Md Samin of Kutupalong camp-4, and June 10 Rohingya leader Azim Uddin, 35, were stabbed to death.
Rohingya leaders Sana Ullah, 40, and Shona Ali, 46, were killed in May. As many as 15 arrests have been made and nine cases were filed.
According to the police, Rohingyas are involved in at least 14 kinds of crimes including murder, abduction, rape, drug trade, extortion and trafficking.
“In the last five years, 115 murders were reported from the Rohingya camps between 2017 to 2022,” Cox’s Bazar Additional Superintendent of Police Md Rafiqul Islam told Dhaka Tribune.
He said that from August 25, 2017 to August 20, 2022, as many as 2,438 cases were filed over the violence in the Rohingya camps. Around 5,226 people were named in these cases.
Among these cases, 185 were arms cases, 1,644 drug cases, 88 rape cases, 115 murder cases and 39 cases of abduction.
“However, the law and order has improved,” he said, adding: “More law enforcers have been deployed. But crime is yet to go down.”
Bangladesh currently hosts over 1.1 million Rohingyas in the camps in Cox’s Bazar and Bhasan Char.
Ukhiya Rohingya Repatriation and Prevention Committee chief, Hamidul Haque Chowdhury said: “The Rohingyas were given shelter on humanitarian grounds. It was supposed to be temporary.”
“But them being here for the last five years is not acceptable. Intensified diplomatic efforts are needed to send them back,” he added.
Hamidul said that their crimes have increased and they can no longer be suppressed.
Ukhiya Rohingya Repatriation and Prevention Committee General Secretary M Gafur Uddin said: “We don’t want the Rohingyas here anymore. Unless they are back in Myanmar, our fears won’t be laid to rest.”
The United Nations describes the Rohingyas as the world's most persecuted people. It has also documented mass gang rapes, killings - including of infants and young children -and brutal beatings by Myanmar state forces.
Three months after the influx began on August 25, 2017, Bangladesh and Myanmar in November 2017 signed an agreement on the commencement of Rohingya repatriation. In the last five years, despite making repeated promises to take the Rohingyas back, Myanmar has not created a favourable condition for the return of these displaced people.
Two attempts at repatriation were made during the last couple of years, but the moves failed as the Rohingyas declined to return until a safe and dignified environment was created for them in Myanmar.
The situation worsened with the outbreak of the Covid-19 pandemic in 2020 and a renewed seizure of power by the military in Myanmar in February 2021.