Bangabandhu lucky to have Bangamata as partner: PM 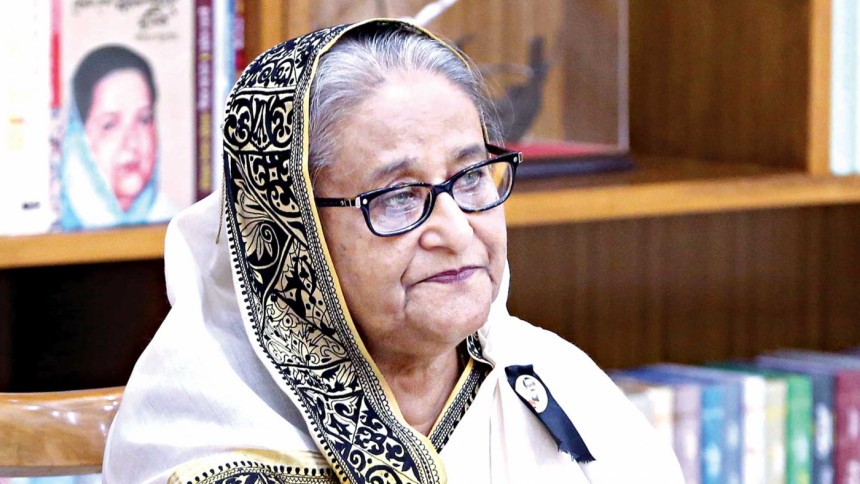 Gvoice Desk: Prime Minister Sheikh Hasina yesterday said Bangabandhu Sheikh Mujibur Rahman was fortunate enough to have Bangamata Begum Fazilatunnesa Mujib as his life partner who provided him immense strength to work for the independence of the country and welfare of the people.
The PM told a programme held to mark the birth anniversary of Bangamata. She also distributed Bangamata Begum Fazilatunnesa Mujib Padak-2022 at the function.
"It was easy for my father to devote fully to the struggle for achieving independence of the country as he got such wonderful life partner and parents beside him," said Hasina, the eldest child of Bangabandhu and Begum Fazilatunnesa Mujib.
She said it would have been very tough for Bangabandhu to work for the country and give full concentration in politics had he not been blessed with a life partner like her mother.
"… if she had nagged her husband all the time pressing for various demands, it would have been a tough job for my father," Hasina said.
The PM said her mother had been gifted with an unusual mental strength to face any problem with courage and adjust her life with difficult situation.
She further said her mother also brought them up in that way and taught her children to face hostile situation with courage.
Hasina said the political decisions that her mother had made proved helpful for the country's independence movement.
"My mother's attention was on everything that was for the good of the country and its people."
In this regard, she mentioned some anecdotes that occurred before and after the independence of Bangladesh.
"My mother was confident that the country will get its independence, and this conviction of my mother was very much helpful for my father."
"On august 15, she did not beg for her life. She rather sacrificed her life."
Hasina asked the women of the country to be imbibed with Bangamata's ideology.
Noted writer Anwara Syed Haq presented the keynote paper on the life and sacrifices of Bangamata.
The award recipients are: Syeda Zebunnesa Haque (Sylhet) in politics, lawmaker Selima Ahmed (Cumilla) in economics, Dhaka University former pro-vice chancellor Nasreen Ahmad in education, Achhia Alam (Kishoreganj) in social service and valiant freedom fighter of Gopalganj Ashalata Baidya (commander during the Liberation War) in independence and Liberation War.
A documentary on Bangamata was screened at the programme.
The PM also distributed Tk 2,000 each to 2,500 insolvent women across the country through mobile banking system.
Hasina also distributed some 4,500 sewing machines among the women in need.
She also unveiled the cover of a book written by her titled "Sheikh Fazilatunnesa: Amar Maa" (Sheikh Fazilatunnesa: My Mother).
The premier also opened a women's hostel named after Begum Fazilatunnesa Mujib in the capital.