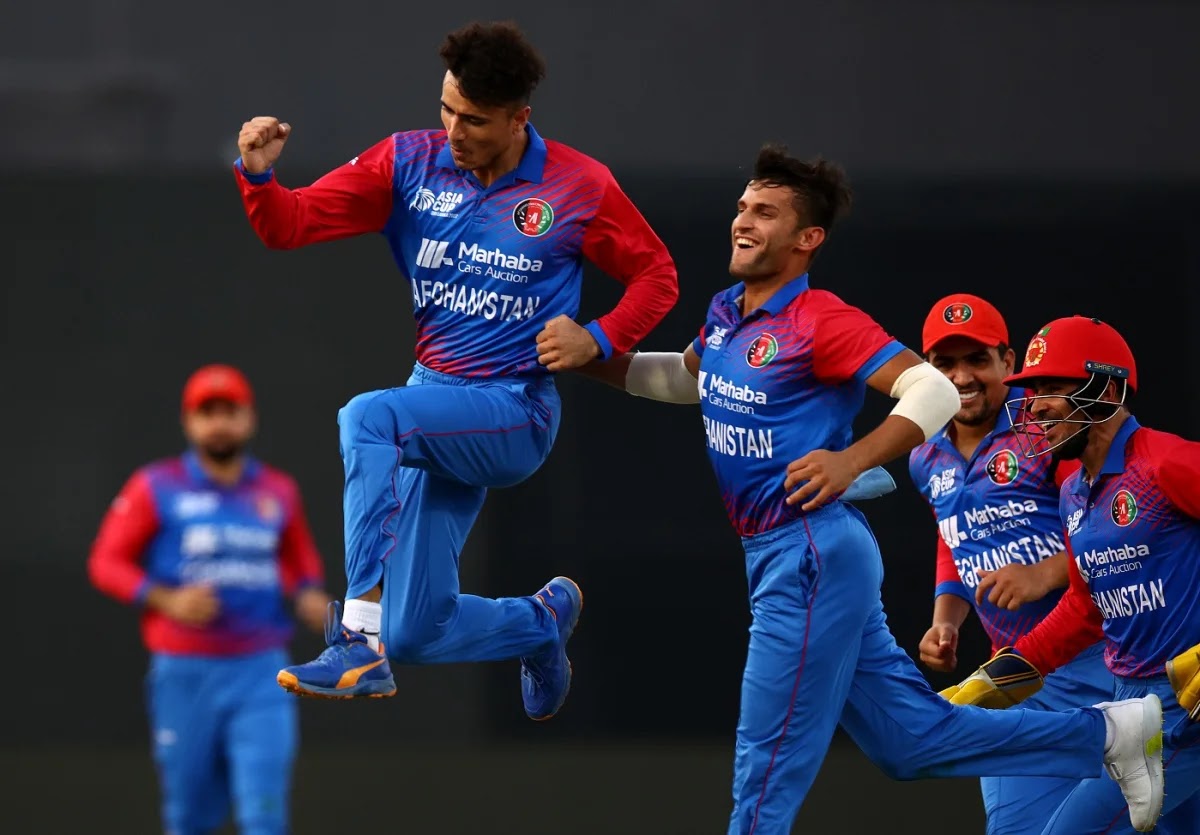 Gvoice Desk: Najibullah Zadran tore into the opposition attack with six sixes to lead Afghanistan into the Asia Cup Super 4 with a crushing seven-wicket win over Bangladesh on Tuesday.
Chasing 128 for victory, Afghanistan were in trouble at 62-3 when Najibullah (43) joined Ibrahim Zadran (42) for an unbeaten stand of 69 as they won by nine balls to spare in Sharjah.
Spinners Mujeeb Ur Rahman and Rashid Khan took three wickets each to set up victory as Afghanistan restricted the opposition to 127-7 after Bangladesh elected to bat first.
Afghanistan, led by Mohammad Nabi, registered their second straight victory to become the first of the six teams to enter the next stage of the competition, which acts as a tune-up to the T20 World Cup in October-November.
Afghanistan lost Rahmanullah Gurbaz for 11 when skipper Shakib Al Hasan, playing his 100th T20 international, got the opener stumped with his left-arm spin.
Mosaddek Hossain got Hazratullah Zazai out for 23 with his off spin as Afghanistan seemed to lose control of their chase with runs hard to come by.
They were trouble when skipper Mohammad Nabi departed in the 13th over and Bangladesh supporters, who clearly outnumbered the Afghans, raised the roof.
But the left-handed Najibullah timed the chase to perfection as he finished with a flurry of sixes and one four in his 17-ball blitz.
The innings put Ibrahim's knock in shade as he hit four fours in his 41-ball stay.
Earlier Mujeeb, a spinner who can turn the ball both ways, shared the new ball with left-arm quick Fazalhaq Farooqi and struck in each of his first three overs, including the key wicket of Shakib for 11.
Rashid, a leg-spinner, joined forces with Mujeeb after six overs of powerplay -- when only two fielders are allowed outside the inner circle -- to send back wicketkeeper-batsman Mushfiqur Rahim trapped lbw for one.
Mushfiqur failed to pick a superb Rashid googly which the umpire gave not out only for Afghanistan to successfully review the decision in their favour.
Afif Hossain and Mahmudullah Riyad attempted to rebuild but Rashid broke through with a another googly that trapped the left-handed Afif lbw. He made 12.
Rashid struck again and cut short Mahmudullah's stay on 25 as the batsman top-edged a shot to deep mid-wicket.
Mosaddek Hossain then took on the bowlers to smash four boundaries and a six in his late blitz of 48, but Afghanistan finished by giving away just seven runs in the final over that included a run out.