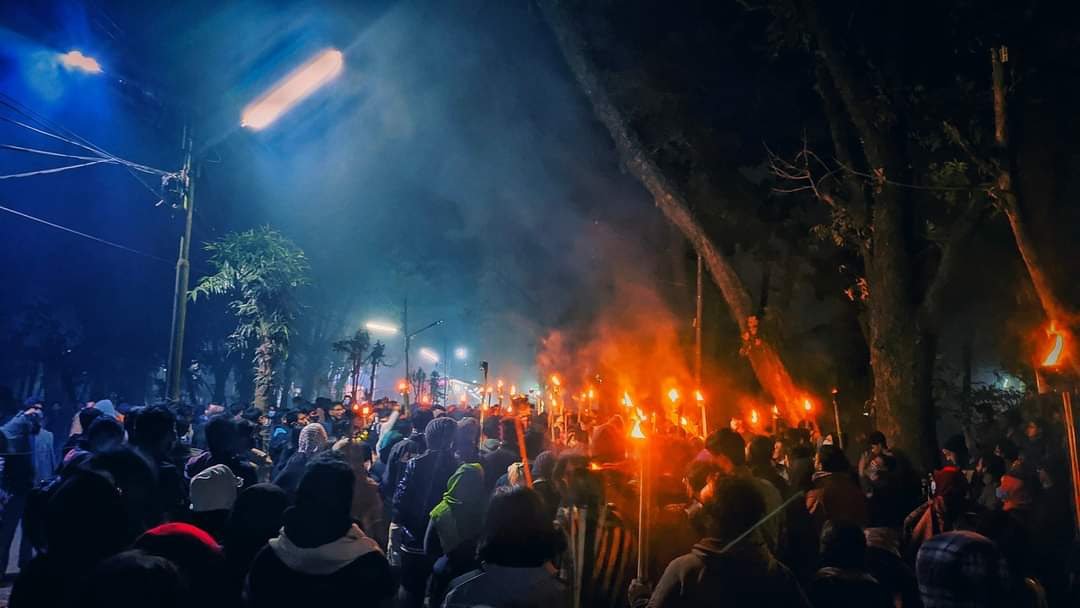 Among the 24 students who have gone on hunger strike since Wednesday, eight have been hospitalised till this morning while others are being administered intravenous saline and vitamin supplements.


The protest also lit up the campus as several hundreds of students marched with torches and then burned an effigy of the VC at Muktamancha.

After 42 hours of hunger strike till this morning at 8:50, no students broke the fast even after doctors' request at the hospital, said a spokesperson.

"Most of them are suffering from dehydration, while a few have different symptoms because of having no food or water for 42 hours," the spokesperson said, citing volunteer doctors on duty.

Earlier at 4:00 am this morning, a group of teachers, who are also alumni of the university, came to speak to the students. However, the students refused to talk until they joined their cause.

On Thursday, students of Begum Sirajunnesa Chowdhury Hall launched a protest after Provost Zafrin Ahmed Liza reportedly misbehaved with a student, who called her to report mismanagement at the dormitory.

Students started demanding the VC's resignation after over 30 students were injured, as police entered the campus and used truncheons, rubber bullets and sound grenades on Sunday evening to take the VC, who was confined at the IICT Building in the campus, away.
Source : The Daily Star