Shakib rested till April 30th from all forms of cricket 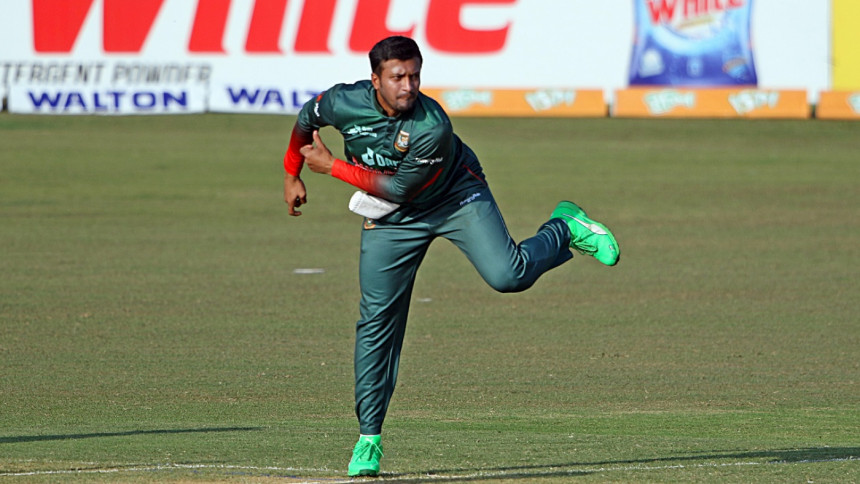 Bangladesh all-rounder Shakib Al Hasan has asked for a break and the Bangladesh Cricket Board (BCB) has granted him a break from cricket till April 30, BCB cricket operations chairman Jalal Yunus informed the media today.

"He called me and said 'I am not mentally and physically fit to play' and wanted to skip the South Africa series and we have decided to give him rest till April 30th from all forms of cricket," Jalal informed in a press conference on Wednesday.

Rumours had been rife over Shakib's availability for the upcoming tour of South Africa after the all-rounder himself said on Sunday that he was unsure of playing in the upcoming series as he was not feeling mentally or physically for international cricket for the time being. He cast further doubt by saying that it may even be that he will opt out of the ODI series, slated to begin from March 18 and play the Test series in South Africa.

The decision by the BCB today means that Shakib will be out of the whole South Africa tour. The upcoming Dhaka Premier League is slated to begin from March 15 and today's decision also means that Mohammedan will have to do without Shakib's services for the entire campaign with the tournament slated to end before April 30th.

There had also been speculations surrounding Shakib's Test future after the latest drama. Jalal informed that he talked to Shakib over phone today and the all-rounder did not reveal anything about his future in Tests. "He just let us know that he wanted to skip the whole of South Africa series since he still doesn't feel mentally and physically fit."